Words to Liven Up Your Vocabulary This Month 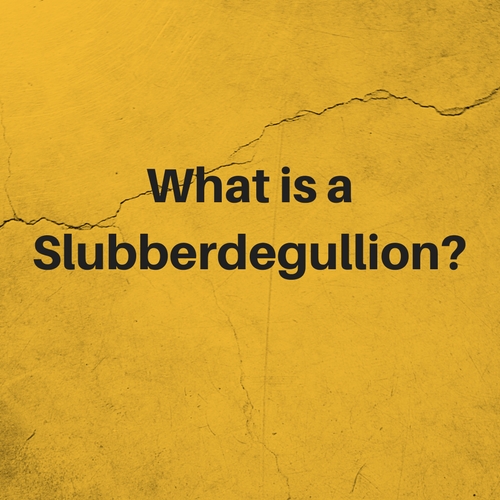 • absquatulate = abscond, to leave, especially in a hurry or under suspicious circumstances
• affray = a fight or noisy disturbance in a public place
• anencephalous = congenital absence of part or all of the brain
• argle-bargle = a lively discussion
• batrachomyomachy = (Ancient Greek βάτραχος, frog, μῦς, mouse, and μάχη, battle), a comic epic parodying the Iliad in which a diving frog accidentally drowns a mouse riding on his back, prompting a war between the species.
• cacoëthes scribendi = an uncontrollable urge to write
• defenestrate = to throw something or somebody out of a window
• effulgent = brightness or a brilliant light radiating from something
• ensorcelled = under a spell
• epeolatry = literally, the worship of words
• eristic = argumentative, fond of or characterized by argument or controversy; art of disputing, the skill or practice of debating, especially in a manner involving subtle logic and specious argument; somebody who is an expert or delights in argument or controversy
• extravasate = seep out into tissue, to leak, or cause blood or other fluid to leak, from a vessel into surrounding tissue as a result of injury, burns, or inflammation
• fissiparous = reproduced by fission, describes an organism that reproduces by dividing into two equal parts, each of which grows into a complete organism
• hortatory = urging, encouraging, or strongly advising a course of action to somebody
• kitsch = artistic vulgarity, sentimentality, tastelessness, or ostentation in any of the arts; collectively, decorative items that are regarded as tasteless, sentimental, or ostentatious in style
• (coffee) klatch = informal social gathering, a small social gathering where people drink coffee and engage in casual conversation
• logophilia = the love of words and word games
• machicolation = a projecting gallery on top of a castle wall, supported by a row of arches and containing openings through which rocks and boiling oil could be dropped on attackers; an ornamental row of supported arches that project from a building
• obloquy = censure, statements that severely criticize or defame somebody; a state of disgrace brought about by being defamed
• paean = expression of joy or praise, a written, spoken, or musical expression of enthusiastic praise or rapturous joy
• parvenu = somebody newly rich or influential, somebody who has recently gained wealth or social status but who is still considered as inferior
• poltroon = an offensive term for somebody regarded as a contemptible coward
• portmanteau = a suitcase that opened into two equal sections; a word formed by combining two or more existing words that all relate to a singular concept, a linguistic blend [e.g. smog, from smoke and fog]
• propitious = favorable and likely to lead to success; kindly disposed or gracious
• protean = variable or continually changing in nature, appearance, or behavior; showing great variety, diversity, or versatility
• quotidian = commonplace, of the most ordinary everyday kind; done or experienced on a daily basis
• rodomontade = boastfulness, pretentious, self-important, or self-indulgent boasting, speech, or behavior
• sesquipedalian = characterized by the use of long words; containing a great many letters or syllables
• slubberdegullion = a dirty rascal; scoundrel
• splendiferous = magnificent and wonderful
• supercilious = contemptuously indifferent, full of contempt and arrogance
• Torschlusspanik = literally: gate close panic; the fear that time is running out.
• ubiquitous = existing everywhere at once, or seeming to be
• umbriferous = casting or making shade
• verisimilitude = the appearance of being true or real; something that only appears to be true or real, e.g. a statement that is not supported by evidence
• Zelig = chameleonlike person who is unusually ubiquitous