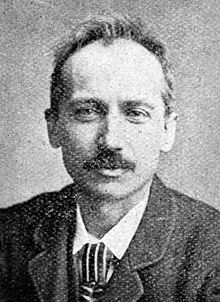 1. Deal Maritime Museum – Judith Dore, secretary of the museum, asked me for information on CR’s connections with the town of Deal in Kent. I sent several extracts from poems, articles, stories and novels where CR mentions Deal, a town where he lived in 1865 and for two years starting in 1888. Judith talked about raising a ‘blue plaque’ in the town to honour the author! However, she warned that museums work at a snail’s pace. She’s planted the seed anyway. I understand the museum is closed currently due to a prolonged legal dispute. So, watch this space, but don’t hold your breath.

2. Several new CR works found – from 19th century US and UK newspaper archives I have unearthed several uncatalogued Clark Russell stories. It’s always exciting to find a new Clark Russell work to add to my growing bibliography! New finds include Desire (a novel serialised in The Leader, 1869, a newspaper Clark Russell edited); Tyburniana (Gentleman’s Magazine article, 1871); Mr. Ravens’s Stepson (short story written under the pseudonym Sydney Mostyn, Illustrated London News, 1874); Jackson, or the Story of a Sea Dog (short story from The Morning Call, San Francisco, 1890); The Ring and the Lead (short story from The Nottinghamshire Guardian, 1896). I also discovered Old Jack’s Appeal, a 1907 leaflet he wrote appealing on behalf of the Royal Alfred Institution for aged seamen. Additionally, I found a poem he wrote published in The Morning Post, 1899 titled: To a Dead Soldier. Extract:

You’re happy where you are, dear,

You’re happy where you are;

The night is here, the moon will rise

And you’re at rest afar.

4.       My article published – My article ‘Ships and Shipmates in the Canon’ was published in The Scion, Newsletter of the Musgraves Sherlock Holmes Society in spring 2010. In it I looked at everything sea-related in the Sherlock Holmes stories and mention CR several times along the way.

5.        Why Clark Russell really left the sea – I discovered an article in the US Ploughkeepsie Daily Eagle, 1888 containing revelations by CR about why he really left the sea after almost 8 years in the merchant service. I had read elsewhere that he was heartily sick of the sea and the sea-life and in many of his stories he attempts to correct the idealisms of silly schoolboys who think of going to sea. However, this newly unearthed article for the first time carries a full description of an argument between a captain Neatby and CR who was being berated for losing a wooden batten of a hen-coop he had been tasked with cleaning out. Following several previous acrimonious encounters, and on being screamed at about the loss of a small piece of wood, CR lets the captain have a piece of his mind:

“Now, Mr. N—-,” said I, not condescending to term him captain, to which title no shipmaster has right. “I’ve had enough of seafaring and as I propose to abandon the life when I reach the Thames I think I may as well coil up and stop short just here.”

“You’ve treated me very rudely,” I continued, astonished by my own determination, “and have shown yourself utterly incapable of distinguishing between persons. Your master has had a very great deal of money out of my father, as you know, and if there were more to be obtained I don’t question that you would have used the very much more civilly. Sir, I’m sick of the sea, sick of this ship, and sick of you!” and on saying I walked off the poop, leaving the old chap speechless with rage.

I often wonder I did not cause his death. He had heart disease, and dropped dead at his door soon after the arrival of the ship in the Thames.” Relived of all duties and put on bread and water for the remainder of the voyage, Clark Russell read poetry and was inspired to create his own verse. And from this small literary acorn eventually grew a mighty oak tree of fiction, biography, articles, poetry and song.

6.       Clark Russell writes a new national song. I found references to the song ‘Victoria!’ with words by Clark Russell and music by Henry Smart. First published in 1874, it became popular again in 1887, Victoria’s Jubilee year. Critics said the song was stirring and patriotic, ‘We have not met with any Jubilee song that has more spirit and energy of style,’ and “Victoria,” ‘cannot fail to be at once accepted by all loyal subjects of her Majesty as the one National Song that best expresses the People’s love for the Queen.’ I can’t find the full piece (help, anyone?) but here’s the rousing chorus:

Victoria! Victoria! The sceptre that she wields

Hath won for us more victories

Than our hundred battle-fields.

Our homes are pure, our alters white,

Our annals without stain;

Gather around, then, Britons all,

And praise our good Queen’s reign.

Regards to you all, John Addy.