Samuel L. Blumenfeld Died on Monday But He Continues to Speak

We were sorry to hear that Samuel L. Blumenfeld died this week.

1. His work in encouraging homeschoolers during the very early days of homeschooling. He was a staunch defender of parents’ rights in education and was a pioneer, encouraging the pioneers. He supported homeschooling because “it is a very effective way of getting us away from government education, which I consider to be the cause of our present unending education crisis. Another reason why I favor homeschooling is because of the anti‑Christian philosophy that now permeates public education.” His books on education are:

NEA: Trojan Horse in American Education (1984) — “Public school teachers, once loved and respected for their devotion to their profession, have become militantly politicized and are now the most active and powerful advocates of the political and social agendas of the radical left. The National Education Association, which represents 1.7 million teachers, has decided that its members are no longer satisfied with merely being public servants. They want to become political masters.”

Crimes of the Educators: How Utopians Are Using Government Schools to Destroy America’s Children (2015)

2. His vitally important work in the whole language/intensive phonics debate. Blumenfeld spent much of his career investigating the decline in American literacy, the reasons for the high rate of learning disabilities in American children and why so many children are labeled ADD and why the school system refuses to use intensive phonics in reading instruction. He was internationally recognized as a leader in this intensive, systematic phonics movement and lectured at workshops and homeschool conventions in every state and continent. Blumenfeld’s answer was always the same – intensive, systematic phonics. His books on the subject of reading are:

How to Tutor (1973) — walks parents through the best ways to teach children reading, arithmetic and cursive handwriting

Alpha‑Phonics: A Primer for Beginning Readers (1983) — a curriculum which provides parents with an easy way of teaching their own children to read at home, thus avoiding the reading disabilities that Blumenfeld believed were school-caused

Today, there is widespread and indiscriminate use among homeschooling families of the word “dyslexic.” Samuel Blumenfeld addresses this problem in articles here, here, and here. Before you jump on the bandwagon and adopt the term dyslexic for your child, study what Samuel Blumenfeld has to say on the topic. 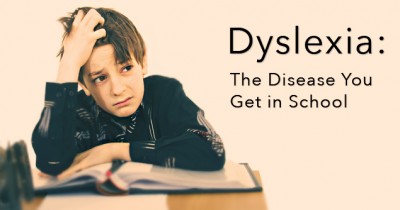