TAYLORS, S.C. (May 10, 2011) — GoldSpike Audio has announced the release of their second full-length musical recording, Creation vs. Evolution: The West of the Story.

Gary Emory, the longtime producer of the Patch the Pirate series, called the new recording

a hilarious look at a serious argument-Does evolution make scientific sense? Can a creationist view be based on facts? Forrest Brazeal paints a masterpiece of musical satire that reveals the real truth about this “WorldView” debate. Set in the West, scored in the Big Band Musical stage and loaded with zany characters and a compelling story your family will love!

The fully orchestrated songs tackle classic creation/evolution controversies like theistic evolution, the fossil record and the age of the earth.

“It’s a white hats – black hats thing,” explains Forrest, now a student at Bob Jones University. “I’ve always been interested in creation science, and the Western angle is a unique, fun way to address concepts that are very important to me.”

a humorous jaunt through the high points of Shakespeare’s Julius Caesar. … In fact, the silliness and songs may actually help [teens] understand the real play and historical significance in a way that might be difficult to grasp otherwise.

“My goal with every project,” says Forrest, “is to create engaging, dynamic media that entertains and educates simultaneously.” He’s certainly managed that with Creation vs. Evolution, turning essential creation science concepts into a rollicking, Bible-supporting adventure. Hear clips at GoldSpike Audio.

This week GoldSpike Audio is giving away five copies of Creation vs. Evolution. Leave a comment here and on Friday we’ll pick five winners. 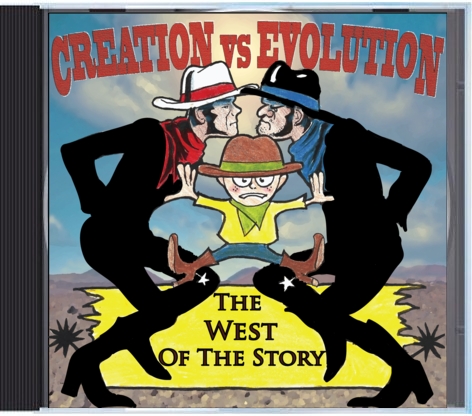 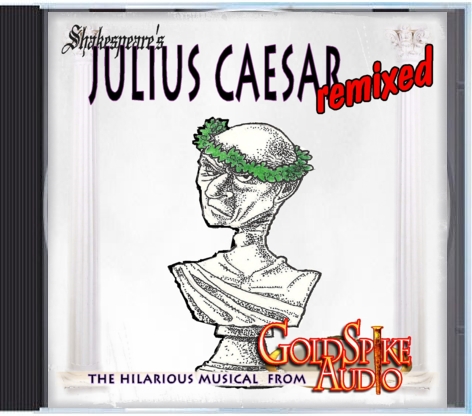