Logic: 6 Elements of the Perfect Brainstorm

Critical Thinking Toolbox: How to Brainstorm
by Nathaniel Bluedorn and Hans Bluedorn

Brainstorming is an essential part of critical thinking and a tool that people use to invent an idea, find a solution to a problem, or answer a question.

Prehistoric Man: “I wonder why all the stars move around in the same way every night, except for just a few? Those few wander about from night to night.”

Prehistoric Friend: “Why do we need to know that?”

Philosophical Man: “Maybe it’s because they are gods and follow their own rules.”

Philosophical Friend: “Maybe it’s because they got knocked loose from the celestial ceiling and are kind of just rolling around up there.” 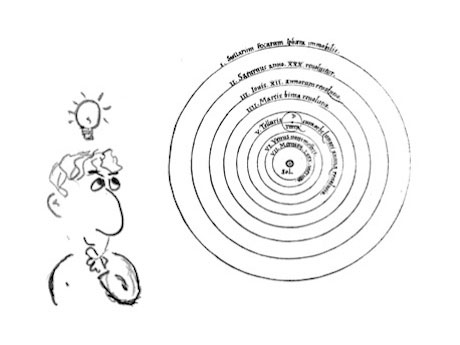 Considering a lot of bad ideas before we get to a good one is how brainstorming works. We start by opening our minds and assuming that a lot of failures will be part of the process.

Read the rest of the article here.