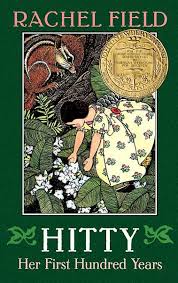 First published in 1929, Hitty: Her First Hundred Years is a nearly perfect book. Hitty is a doll carved by an old Irish peddler in 1827 from a piece of well-seasoned mountain ash wood. She tells the story of her first hundred years and how she is owned by many little girls, is lost several times, and sees many changes take place in society over her lifetime. Hitty’s first owner is a little girl from Maine named Phoebe Preble, and one hundred years later Hitty ends up in an antique shop in New York City waiting with anticipation for the next little girl to come and claim her.

The illustrations by Dorothy P. Lathrop are beautiful and numerous. The future artists in your family will want to try copying some of the illustrations in order to learn from the masters. Because it is such a classic piece of literature, you can use Hitty: Her First Hundred Years with all ages. 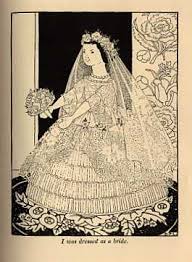 I was dressed as a bride. 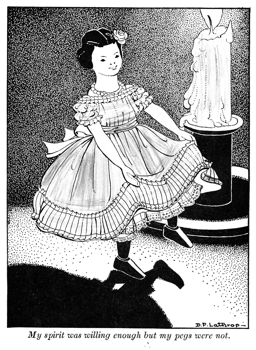 My spirit was willing enough but my pegs were not. 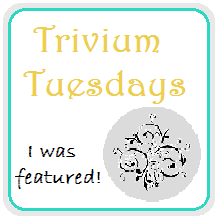