Over the years, several persons have written to us regarding the many different systems of pronunciation which can be found in various Greek grammars. On our web page, we have placed an article which is designed to answer such questions.

Some things included in this article:

Here is an interesting quote:

The value assigned … to each letter does not always reflect what is known of the ancient pronunciation, which in any case developed over time and varied from one locality to another. … [T]he need for absolute accuracy in pronunciation does not arise. … The pronunciation given … is convenient for us today, even though it is not historical. The New Testament was written in a conventional spelling which reflected the pronunciation of Greek several centuries earlier and not that current at the time of its authors. – Gavin Betts. Teach Yourself New Testament Greek. Chicago: McGraw-Hill Companies, 2004, pages 1, 3. 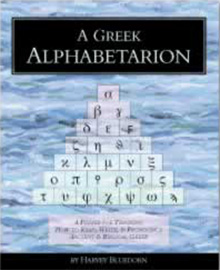