Against the Dorothy Sayers Movement 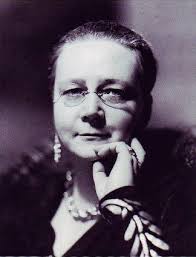 I purchased your book Teaching The Trivium recently and I think it’s quite thorough and well researched. I think it’s definitely one of the top five books meant to be in the list of reference books for those seeking to homeschool.

I’ve been reading various sources on the subject of how to homeschool and yours seems to be the only one so far that addressed the issue of political correctness directly and questioning if college should be the main goal of every homeschooler. You and many other homeschooling advocates refer to writer Dorothy Sayers’ as the foundation for the classical schooling movement. However, I did come across an essay which definitely questions the validity of Dorothy Sayers’ role in improving education.

The article is by William Michael of the Classical Liberal Arts Academy.

Essentially, he says Sayers was no better for education than John Dewey as she was a progressive and would have wanted to distort education, rather than truly improve it. In your book you made mention of not necessarily needing to read “the classics” which were written by pagan philosophers, but wouldn’t Sayers fit into that category as well?

Any thoughts on this would be greatly appreciated.

Yes, if we examine all of the teachings/lifestyle of Dorothy Sayers, we will find some things we don’t like/agree with. It’s the same with Charlotte Mason, John Holt, Raymond Moore, etc.

I think the first time I addressed this issue was when studying the life of Charles Dickens, my favorite fiction author. His personal life was a mess. It kind of stunned me for a while to think that this genius of a writer wasn’t good in real life.

Another example is the Pearl’s. They have written a great amount of good counsel to parents, but because some of their counsel is so bad (in my opinion) and because their religious views are so contrary to the Bible (in my opinion), I won’t recommend them at all to anyone. In their case, the good is gobbled up by the bad.

Concerning Dorothy Sayers, all I pay attention to is her essay “The Lost Tools of Learning.” I don’t care for her other writings. So when we point people to Dorothy Sayers, we’re pointing to her essay, not necessarily HER.

I’m not familiar with what Dorothy Sayers says about reading the classics. Do you have a link for that? Our view is that Christians need to be discerning when they read — whether it’s the ancient Greek and Roman classics or modern classics. Our book Ancient History from Primary Sources: A Literary Timeline lists the ancient classics which we would recommend.

Did I answer your question? Write again if not.