A serpent of unprecedented length — interesting excerpts from Ancient Literature 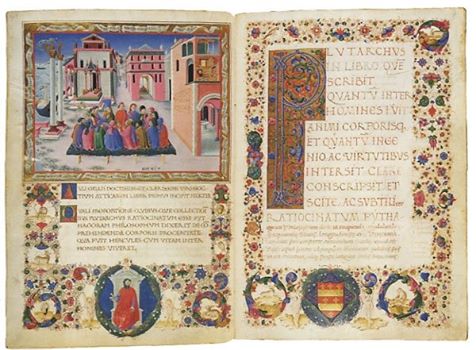 Aulus Gellius (c. 125 – after 180 AD) — A Roman whose only book, Attic Nights, is a compilation of notes on grammar, geometry, philosophy, history and many other subjects.

An account, taken from the works of Tubero, of a serpent of unprecedented length.

1  Tubero in his Histories has recorded that in the first Punic war the consul Atilius Regulus, when encamped at the Bagradas river in Africa, fought a stubborn and fierce battle with a single serpent of extraordinary size, which had its lair in that region; that in a mighty struggle with the entire army the reptile was attacked for a long time with hurling engines and catapults; and that when it was finally killed, its skin, a hundred and twenty feet long, was sent to Rome.

That among the ignominious punishments which were inflicted upon soldiers was the letting of blood; and what seems to be the reason for such a penalty.

1  This also was a military punishment in old times, to disgrace a soldier by ordering a vein to be opened, and letting blood. 2 There is no reason assigned for this in the old records, so far as I could find; but I infer that it was first done to soldiers whose minds were affected and who were not in a normal condition, so that it appears to have been not so much a punishment as a medical treatment. 3 But afterwards I suppose that the same penalty was customarily inflicted for many other offenses, on the ground that all who sinned were not of sound mind.

Pliny the Elder (23-79 AD) was a Roman author, naturalist, natural philosopher, and naval and army commander of the early Roman Empire. His work Natural History is considered the first encyclopedia.

…In the days of Augustus Cæsar the Emperor, there was a dolphin entered the gulf or pool Lucrinus. This dolphin loved wondrous well a certain boy, a poor man’s son who went every day to school from Baianum to Puteoli. This boy was wont also about noon tide to stay at the water side and to call unto the dolphin, Simo, Simo, and many times would give him fragments of bread, which of purpose he ever brought with him, and by this mean allured the dolphin to come ordinarily unto him at his call. I would make scruple and bash to insert this tale in my story and to tell it out, but that Mecænas Fabianus, Flavius Alfius, and many others have set it down for a truth in their Chronicles. Well, in process of time, at what hour soever of the day, this boy lured for him and called Simo, were the dolphin never so close hidden in any secret and blind corner, out he would and come abroad, yea and come up to this lad, and taking bread and other victuals at his hand, would gently offer him his back to mount upon, and then down went the sharp pointed prick of his fins, which he would put up as it were within a sheath for fear of hurting the boy. Thus when he had him once on his back, he would carry him over the broad arm of the sea as far as Puteoli to school, and in like manner convey him back again home, and thus he continued for many years together, so long as the child lived. But when the boy was fallen sick and dead, yet the dolphin gave not over his haunt, but usually came to the wanted place, and missing the lad, seemed to be heavy and mourn again, until for very grief and sorrow (as it is doubtless to be presumed) he also was found dead upon the shore.